Design a site like this with WordPress.com
Get started
March 28, 2020March 31, 2020 Travelogyblog

Exotic Islands in the World

Mykonos nickname is “The Island of the Winds”. It is the major tourist destination and famed as a cosmopolitan destination among the Greek islands. It is famous for its vibrant nightlife and for being a Gay-friendly destination and establishment catering for the LGBT community.

Whitsunday is a popular tourist destination for the traveler to Queensland and the Great Barrier Reef. It is a collection of 74 continental islands of various sizes off the central coast of Queensland, Australia and approx. 900 km (560 miles) north of Brisbane.

This island has tracked across the islands that are linked by seaways suited to Kayaking, Sailing or Powerboating, etc.

Camping is available at eight camping areas on the Three Islands. And several islands have large resorts that offer a wide variety of accommodation and activities. 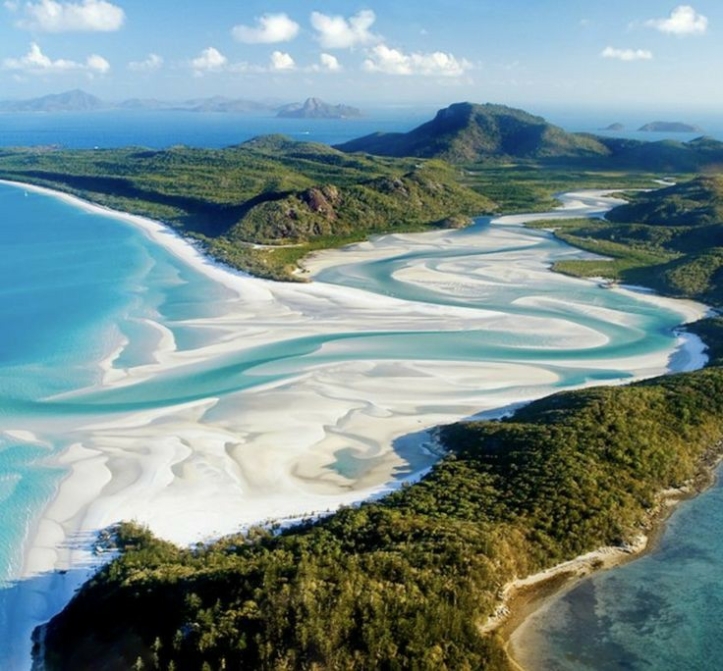 Chartering a Yacht or Bareboating is a popular way to explore the seaways, beaches or coves.

It is a most notable island in the main Whitsunday group are named Hamilton, Dent, Hayman, Hook, and Whitsunday. Which features the white sand of Whitehaven beach. 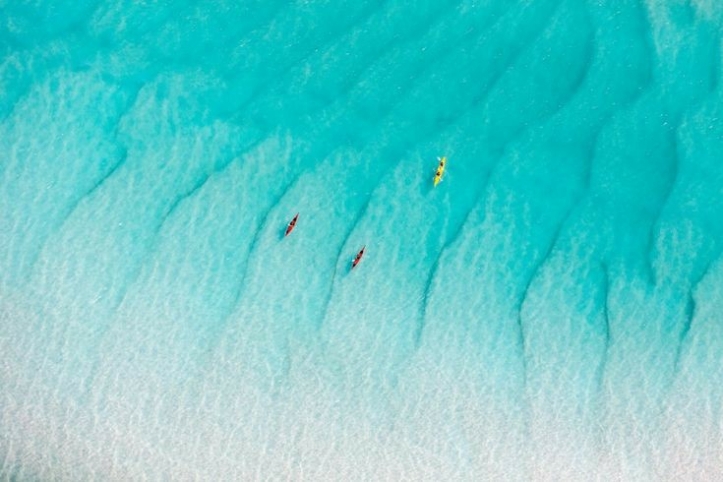 Whitsunday is accessible by air or water from Airlie beach and shute harbor. 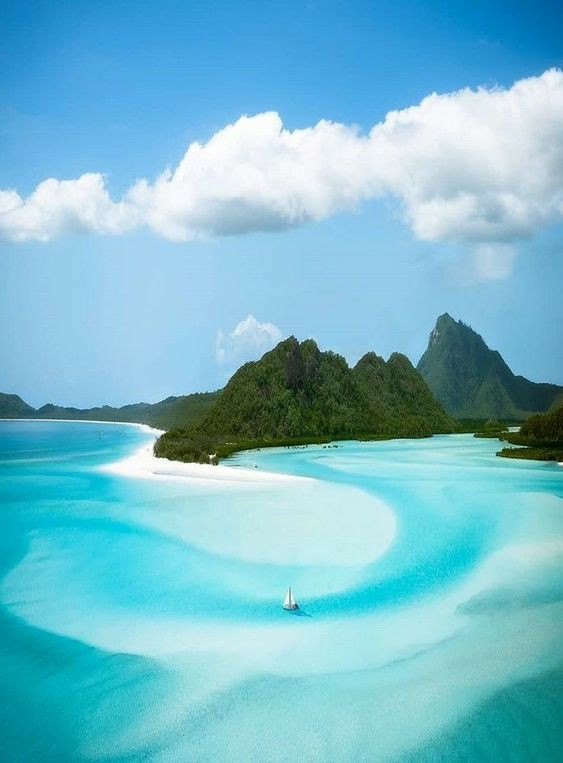 What to do here:-

Just explore the islands, coral sea, a scenic helicopter tour or seaplane ride over this stunning collection of Islands, try delicious local gourmet, get pampered, and adventure in the Whitsunday. 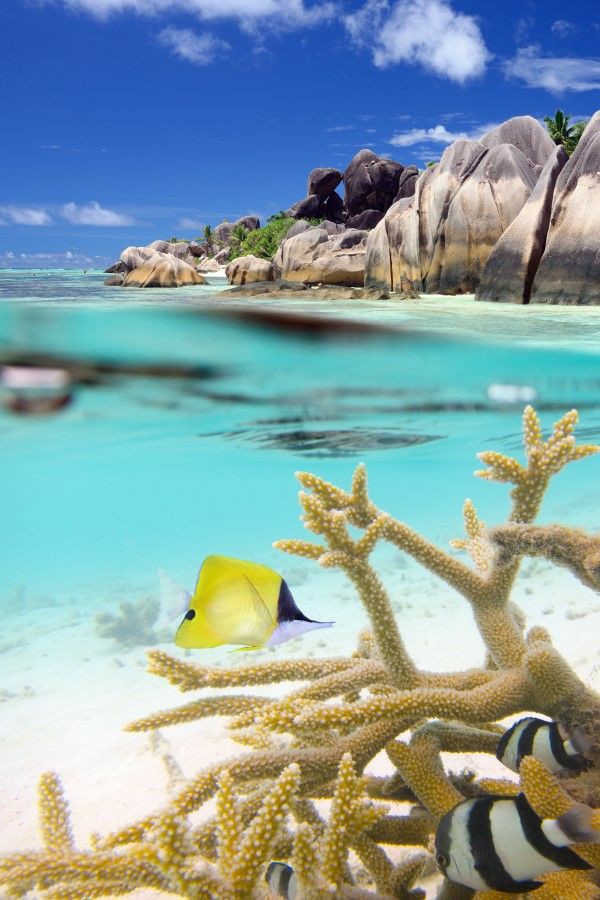 Paros is very famous for beaches:-

Paros is an island in the heart of the Cyclades Island in Greece with over 10,000 inhabitants and 120 km of Coastlines. Serene landscapes, fertile valley, and Rolling hills are dotted with small churches and monasteries complemented by endless Sandy beaches with azure blue water.

Paros island can be accessible by ferry from Piraeus Port or we can fly at the new International Airport. 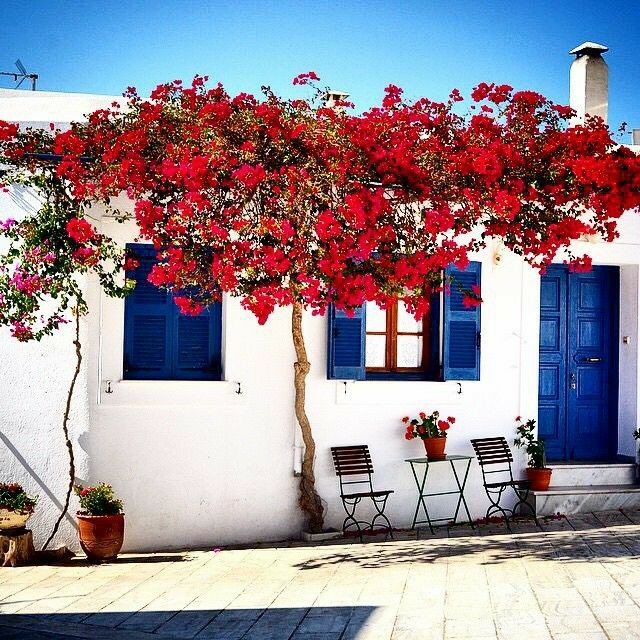 It is a group of islands in Thailand between the large island of Phuket and the straits of the Malacca coast of Thailand. The Thai resident population of the Phi Phi Don remains more than 80 percent of Muslims.

There are 6 Islands in the group known as Phi Phi. They lie 40 km southeast of Phuket and are part of Hat Nopparat Thara-Ko-Phi Phi National Park.

There are 2 largest and best-known islands:-

Phi Phi Island has beaches and clear water and the naturals environment is protected by national park status. This beach is surrounded by Limestone cliffs, typical of the Island.

Tourism on the island exploded since they release the movie called “The Beach” which is filmed by ( Leonardo Di Caprio ).

They have classic tropical beaches, stunning rock formation and vivid turquoise water teeming with colorful marine life and it is a perfect paradise for a getaway vacation.

Phi Phi island is accessible by the Speedboat in just 45 minutes trip or 90 minutes from ferryboat ride from either Phuket or Krabi.

Bornholm is a Danish island in the Baltic sea off the south coast of Sweden. In its north are the clifftop ruins of Hammershus, a medieval castle. By the jagged helligdomsklipperne rock near the town of Gudhjem, Bornholm art museum shows the work of painters attracted by the island’s natural light. West, in the port town of Ronne, Bornholm museum reflects 10,000 years of local history, including the WW II occupation. Danish island in the Baltic Sea, to the east of the rest of Denmark, south of Sweden, northeast of Germany and north of the westernmost part of Poland. 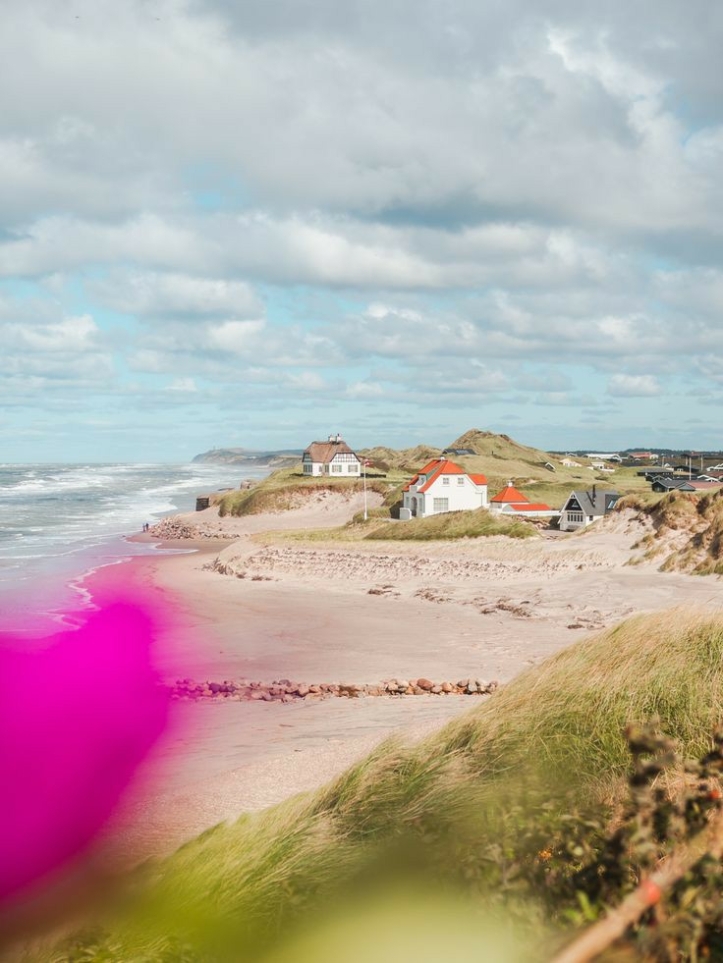 The island is home to a large no. of Denmark round churches.

Three reasons to come in Bornholm:-

Bornholm is actually not far from Copenhagen, Denmark Capital. The Northern Part two-thirds of the island is composed of granite with a rocky cliff coast and a high-lying wooded interior. The Southern part forms an undulating surface of limestone, sandstone, and shale with a dune coast. 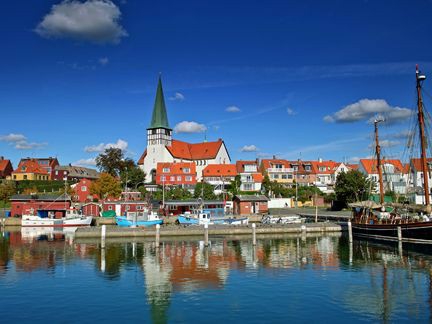 One Restaurant that pioneered the use of Bornholmian Ingredients in Kadeau, a Michelin starred seasonal restaurant from Chef Nicolai Norregaard.

You can fly from Copenhagen here in just 35 min or drive across our famous disappearing bridge to Sweden and take the ferry from Ystad to Ronne. 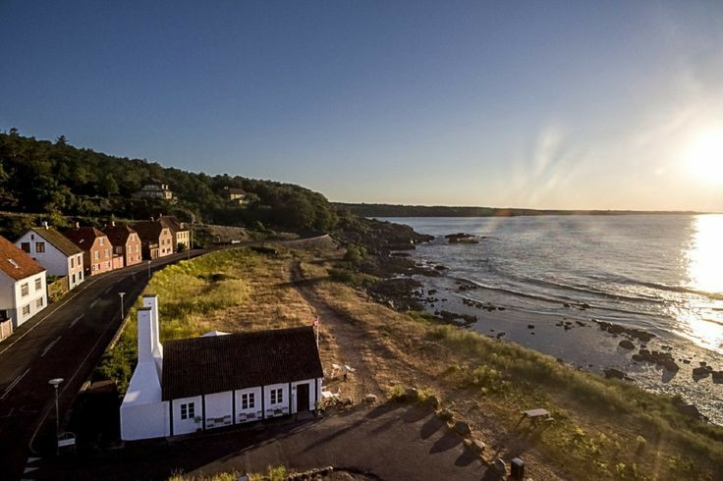 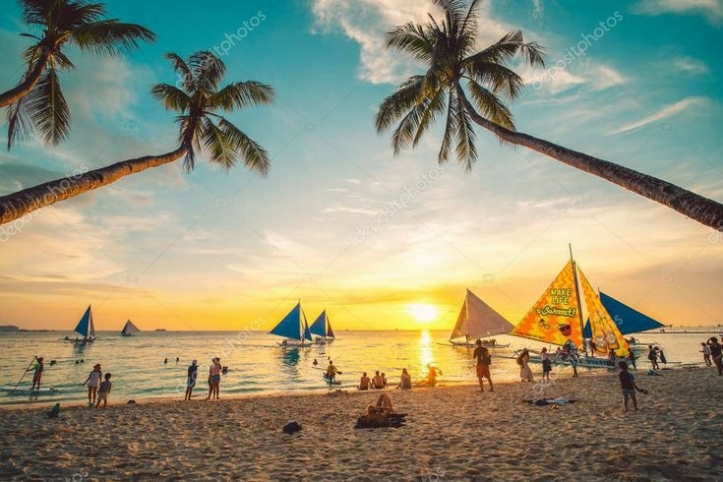 Boracay is a small island in the central Philippines 🇵🇭 . It is known for its Resorts and Beaches. Along the west coast, white beach is backed by palm trees, bars, and restaurants. On the east coast, strong winds make bulabog beach a hub for water sports. Nearby, the observation desk on the mount Luho offers panoramic views over the island. Offshore, coral reef and shipwreck are home to diverse marine life.

Boracay is a small island ( 7 km in length and less than 2 km wide ), but there are no less than 17 beaches and it covers all shapes and sizes. You can head for the popular 4 km long white beach or take a boat to the small and secluded llig-lligan and Tambissan beaches.

Willy’s Rock is one of the most visited places on this island. Which is located in the central area of white beach, it is a strangely shaped volcanic rock.

The beach offers panoramic ocean views and its popularity among both locals and tourists. From luxurious amenities to lively nightlife.

Boracay island has reopened with new rules and regulations in place to protect the island from overdevelopment. 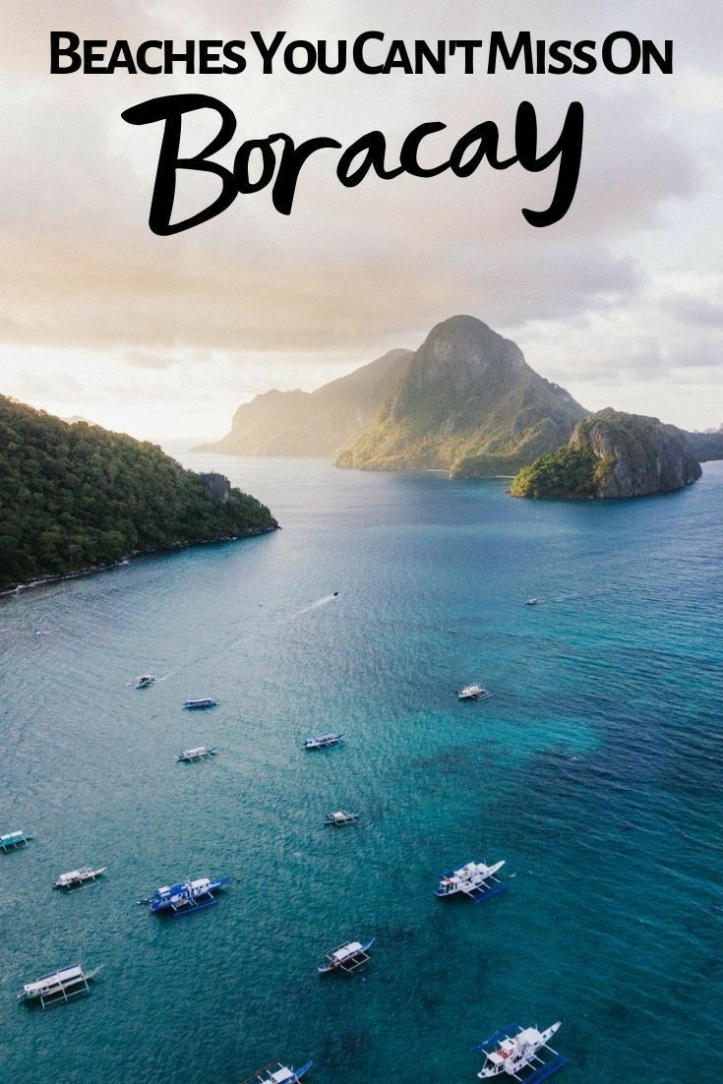 Omfori is an inhabited private island of 1,112 acres on the Ionian Sea in relation to Atokos. Omfori island has only one building and it is an unpopulated island. 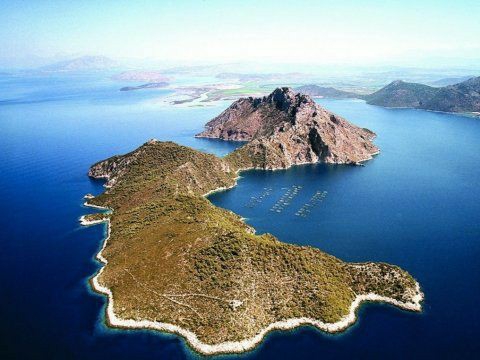 The Ionian Sea is an allegorical bay of the Mediterranean Sea. It is connected to the Adriatic Sea to the north and is bounded by Southern.

Isla Holbox is an island in the Mexican state of Quintana Roo, located on the north coast of the Yucatan Peninsula. The island has a white sand street which is unspoiled as most tourists prefer to party it up in nearly Cancun. 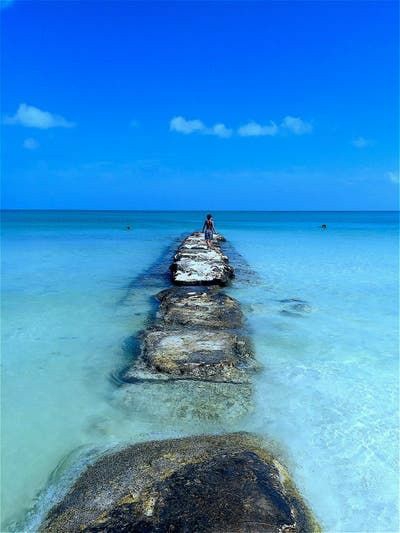 Isla Holbox is approximately 41.84 km long and 1.5 km wide. Separated from the mainland by 10 km of the shallow lagoon that is home to flamingos, pelicans, and other rich birdlife. 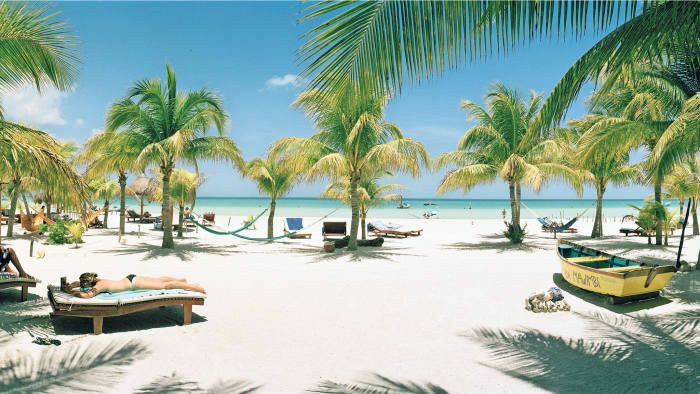 Isla Holbox is one of the safest beaches to learn how to kiteboard. Becoz the conditions are ideal for beginners as the beach has shallow waters, no big obstacles on the wide and long beach 😎.

At the western tip of the island, there is a lagoon called Punta Cocos, in which bioluminescence can be observed on a dark night. Bioluminescence glows in the dark.

The island is accessed by ferry from the mainland town of chiquila and they transport by most residents and tourists by golf cart or moped. There is even a small airstrip to accommodate five seaters, 13 seaters Cessna aircraft.

Bora-Bora is a small island in the South Pacific and northwest of Tahiti in French Polynesia. This island is a turquoise blue lagoon protected by a coral reef and surrounded by sand-fringed Motus ( islets ).

Bora Bora island has a population of 9,596 people. It has a Vaitape administration center. It is one of the most intimate and idyllic vacation destinations. This island center rises Mt. Otemanu, a 727 m dormant volcano. 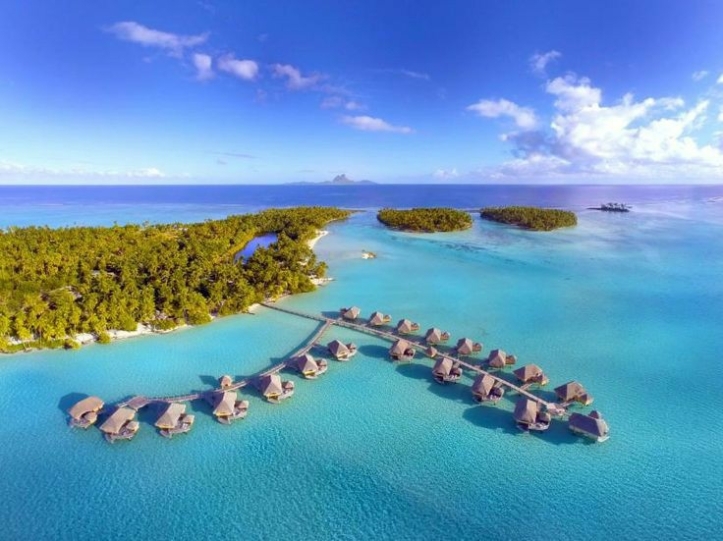 Bora Bora is deep tangerine dusk set the scene for romance on the island. It is around Coral Gardens or Tupitipiti Point or relaxes in a self-driving tour as you take in the fascinating view. 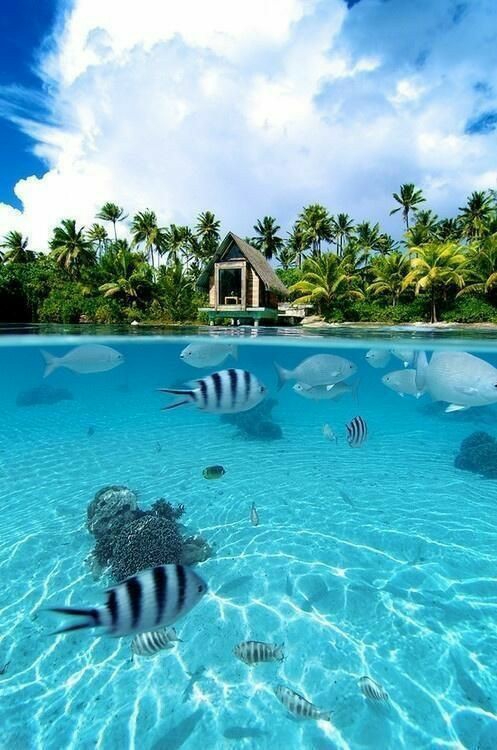 Bora Bora has a white sand beach lined that populated with Myriad fish 🐟 and multi-colored corals. At the lagoonarium, you can watch shark feeding and swim with turtles.

Bora Bora is one of the most gorgeous islands in the world. On this island, one of the best french restaurants and sip a tropical cocktail under stars 🌌. Bora Bora island has an elegant luxury resort and adventurous activities. 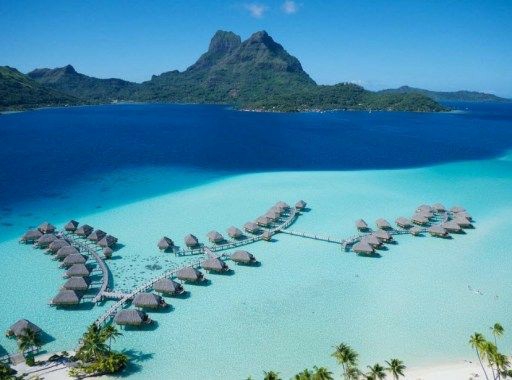 Bora Bora island with overwater bungalows, thatched-roof villas, and a fabled aura. This island has a 50 min flight time from Tahiti. 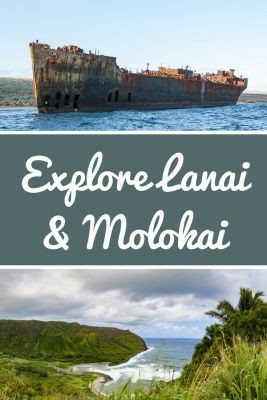 Lanai is one of the island comprising the US state of Hawaii, in the pacific ocean. On its northern side is a shipwreck beach known for its offshore wreck of a WWII tanker, plus a view of Molokai and Maui island. In the northwest long, secluded polihua beach attract green turtles, humpback whales sometimes appear past its shoreline. Island is the garden of the gods, a lunar landscape of rock tower and boulders.

Lanai island is the 6th largest island of Hawaiian with the highest elevation of 1026 Mtrs ( 3,366 ft ). The island area is 140.5 sq miles ( 364 km ) and making it the 42nd largest island in the US. Lanai is a roughly apostrophe-shaped island with a width of 18 miles ( 29 km ) in the longest direction. The highest point in lanai is Mt. Lana’i hale. It is an inactive volcano near the center of the island and the east of lanai city. 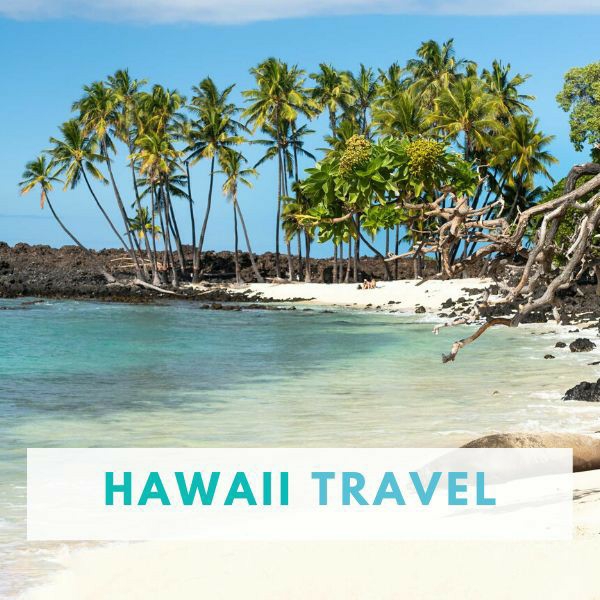 Tourism on lanai began to be prominent in more recent history as the pineapple and sugarcane industries were phased out of the island. It is separated from the island of Molokai by the kalohi channel to the north and from Maui by the au’au channel to the east. Lanai has one school and one hospital of 24 beds and a community health center with providing primary care, dental, behavioral health, and selected specialty services.

Lanai island is divided into 3 parts:-

There are 2 resort hotels in lanai were managed by Four Seasons hotels and Four Season Resort in Manele Bay at Hulupoe Beach. The hotel in lanai city was built by James Dole,1923 of the Hawaiian Pineapple company. 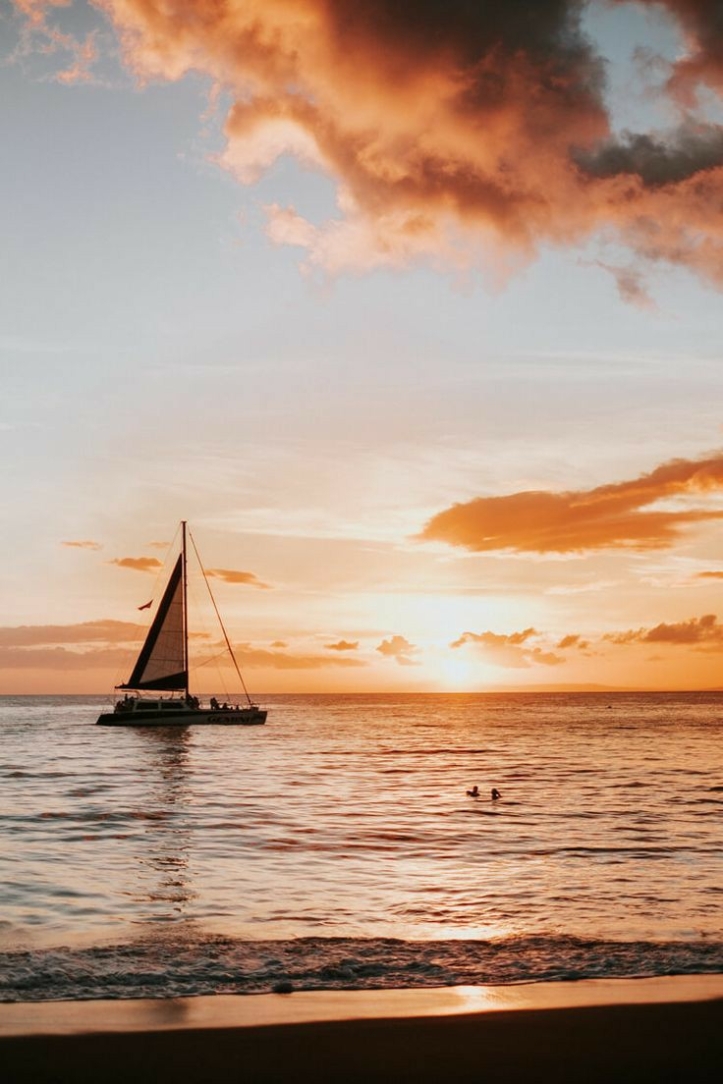 Lanai has home to 3 golf courses one of each Four seasons resort and a third is a free golf course. There is no shopping mall and no traffic light on the island. And public transportation is supplied by the hotel. For a ne-time fee – hotel guest enjoys unlimited rides on small and large buses that go b/w the hotels and ferry landing on Manele Bay. 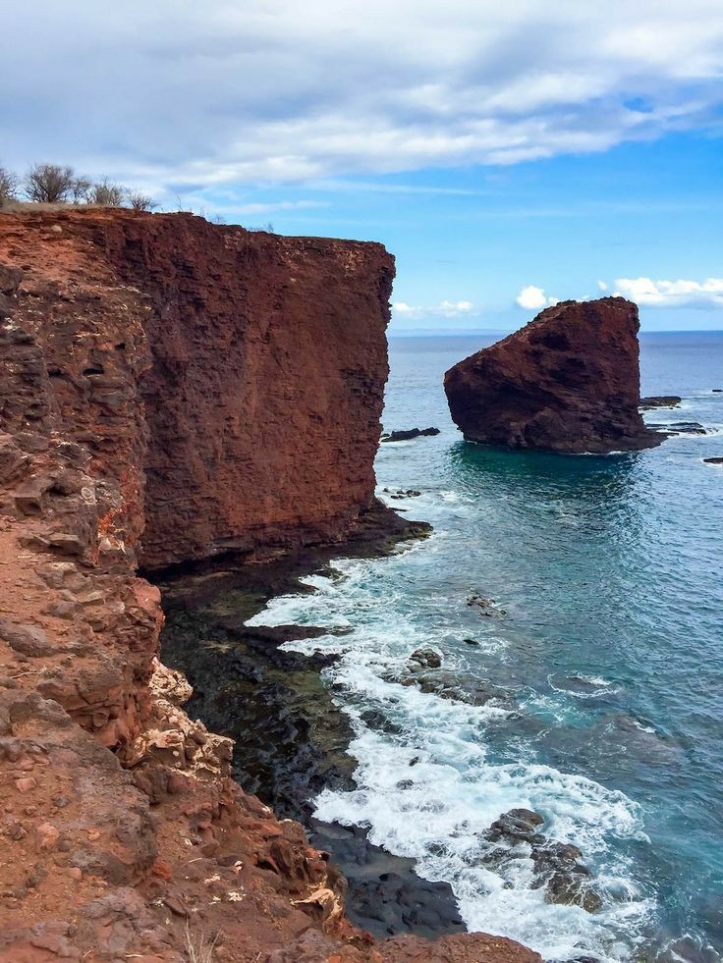